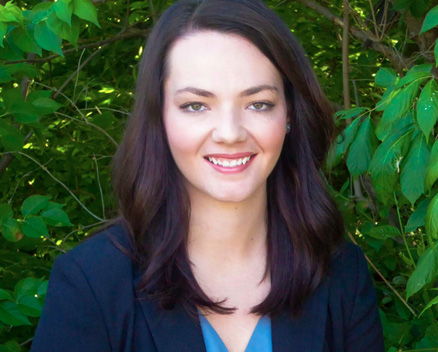 Ashley brings a wealth of fraternity and sorority communication experience to her role as Director of Communications. She joined the Delta Upsilon staff in 2015.

As the Director of Communications, Ashley and her team manage all the day-to-day operations of the communications department, including: the DU Quarterly, social media, video development, graphic design, crisis communications and more.

Ashley began her career at Zeta Tau Alpha Fraternity as a member of its communications department from 2007 to 2014. She began working for Delta Sigma Phi Fraternity in 2014 as its Director of Communications.

Ashley is a Past President of the Fraternity Communications Association, serving in the role from 2013-2015. In total, she spent five and a half years on its board of directors. In 2016, FCA awarded her the Marilyn Simpson Ford Distinguished Service Award for her work and dedication to the organization. Ashley’s work has earned numerous awards from the Fraternity Communications Association. She also served as the Communications Workgroup chairman for the Association of Fraternity/Sorority Advisors in 2016. A member of Pi Beta Phi, she serves as an advisor for its Indiana Gamma Chapter at Butler University.

Since 2010, Ashley has served as the in-house music operator at all Butler University men’s basketball games played at historic Hinkle Fieldhouse.